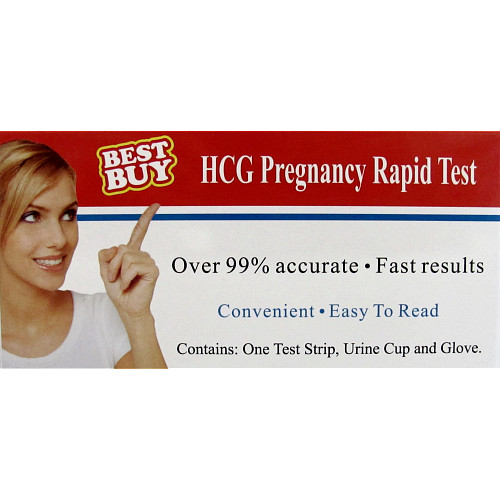 Free shipping offer on Pilldoctor and get exclusive offers.

HCG Urine Pregnancy Test Cassettes measures the presence of the hormone (HCG) in your urine for the early detection of pregnancy. Pregnancy Test results can be seen clearly in the test window, please see the links below for a image showing you what the rests should look like.

HCG is produced by the placenta during pregnancy, shortly after the embryo attaches to the uterine lining. Usually HCG can be detected by a home pregnancy test 7-10 days after conception. This test is capable of detecting pregnancy as early as the first day after you miss a period. The further in to the pregnancy you are the higher the levels of HCG in your urine. The concentration of HCG in non-pregnant women is normally 5.0mIU/ml. At the time of the last missed menstrual period; urine HCG levels are about 100mlU/ml with peak levels of 100,000 to 200,000mlU/ml seen at the end of the first trimester.

The test kit can be stored at room temperature (4 °C to 30 °C) in the sealed pouch to the date of expiration. The test kits should be kept away from direct sunlight, moisture and heat.

FOR IN -VITRO DIAGNOSTIC USE ONLY

There are no reviews yet.